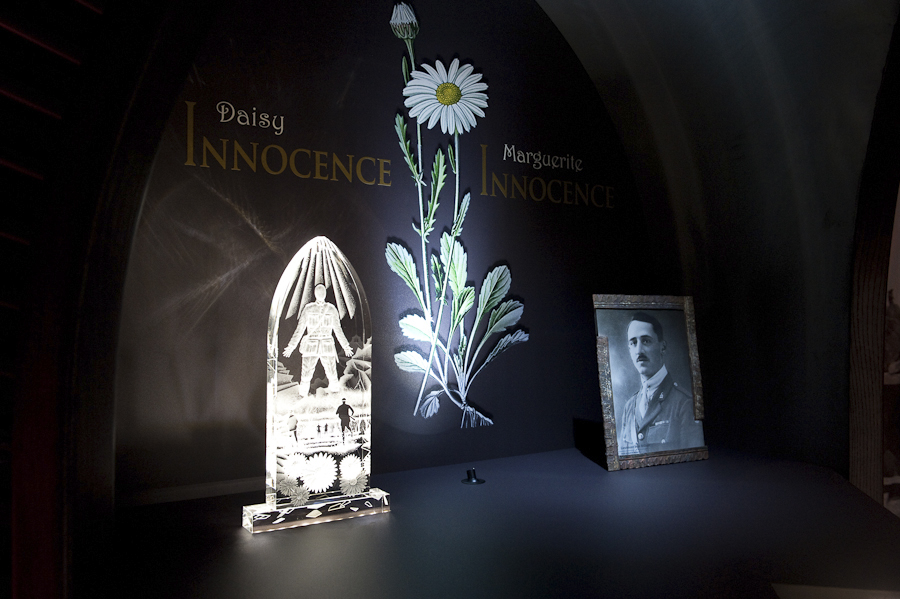 Ottawa, Ontario, October 19, 2017 — During the First World War, Canadian soldier George Stephen Cantlie plucked flowers from the fields and gardens of war-torn Europe and sent them home to his baby daughter Celia in Montréal. One hundred years later, his touching ritual has provided the inspiration for an innovative multi-sensory experience at the Canadian War Museum. WAR Flowers – A Touring Art Exhibition examines human nature in wartime through artistic representations that combine Cantlie’s letters and pressed flowers with original scents, crystal sculptures and portraits of 10 Canadians directly involved in the First World War.

“WAR Flowers is an extraordinary example of art’s power to enrich our understanding and experience of history in unexpected ways, while providing diverse perspectives on Canada’s contribution to the war effort,” said Stephen Quick, Director General of the Canadian War Museum. “We are proud to be bringing this imaginative exhibition to audiences in the National Capital Region.”

The exhibition — developed by curator Viveka Melki and les Jardins de Métis/Reford Gardens in Grand-Métis, Quebec — is built around Cantlie’s century-old preserved blooms. Melki has reinterpreted these through floriography, a Victorian method of communicating meaning and emotion with flowers.

WAR Flowers consists of 10 stations, each showcasing a type of flower picked by Cantlie along with one or more of his letters. The stations represent individual attributes associated with the exhibition’s themes and reflect Melki’s beliefs about war. Each station also highlights a Canadian who embodied these attributes, and features his or her personal experiences of the First World War. The exhibition is rounded out by specially commissioned optical crystal sculptures by Toronto artist Mark Raynes Roberts and scents developed in Magog, Quebec by perfumer Alexandra Bachand.

The exhibition is presented from October 20, 2017 to January 7, 2018 in the Canadian War Museum’s Regeneration Hall, after which it will travel to venues in Canada and France.

For more information, visit the exhibition website at warflowers.ca.

For further information about WAR Flowers – A Touring Art Exhibition: