I believe war is inherent to human nature, as is the desire for victory.

Canadians met the call to war because of their love of King and country. Percival Molson was an all-round athlete with a profound resolve to win. He had skated to the Stanley Cup and sprinted for Canada at the 1904 Olympics. He took his desire for victory to the field of battle. Horribly disfigured by a bullet through his cheek, he nonetheless returned to the front after facial surgery, only to be killed by a mortar in 1917.

Even in victory, the losses were overwhelming. Every battle required vast quantities of munitions and cost many lives.

The war left many legacies – most of them distressing and often debilitating. The death of Percival Molson was mourned by all – but his memory has endured over time because of the gift he made of a stadium to his alma mater McGill University that was named in his honour.

Memorials are inextricably linked to the First World War. In churches, town squares, school chapels and university quadrangles can be found cenotaphs, plaques and parchments, each one speaking to the extraordinary number of Canadians who died because of the war. More than 66,000 Canadians lost their lives on the battlefield or succumbed to wounds endured in battle.

Percival Molson was the golden boy of a family already famous for its achievements in brewing, banking and sport. Percival Molson was best known for his prowess as an athlete – excelling at hockey, football, rugby, racket sports, sprinting and track and field. Voted McGill’s best all round athlete for three consecutive years, he had won the Stanley Cup on the ice rink and represented Canada as a sprinter at the 1904 Olympics in St. Louis.

He was one of more than thirty members of the Molson family who served in the military during World War 1. Enlisting with the Princess Patricia’s Canadian Light Infantry in April, 1915, he was 34 years old. Molson saw action in France from January, 1916. He was severely wounded during the Battle of Mount Sorrel in June, 1916 when a rifle bullet hit him the face. Molson wrote his mother describing the wound: “I was very, very fortunate in my wound. A rifle bullet passing in about the middle of one cheek and out the middle of the other, fracturing the lower jaw on both sides, and splintering the bone a bit on the exit side, cutting my tongue somewhat, but not touching my teeth at all”. Molson was placed in a special jaw ward at the Queen Alexandra Military Hospital for Officers in London. He returned to Canada on medical leave to convalesce, spending several weeks at the family’s summer cottage in Metis with his brother Herbert, who also returned home to recover from surgery after shrapnel was removed from his head.

Like many soldiers, Percival Molson refused to sit idly while his regiment was in battle. He convinced the Medical Board to declare him “Fit for General Service” in April, 1917. He returned to action in June. Within a month, he was dead, killed by a mortar on July 5, 1917 while inspecting a platoon. “Killed in Action” is the succinct mention in the Canadian military’s Casualty Form. Writing from the front to his grieving mother at home, Herbert Molson tried to console her, “nothing could have prevented Percy returning when he felt that he was strong enough and it is ever thus that the best are taken.”

“The silhouetted soldier stands as a symbol of resolve, courage and honour, in the tug of war of battle.”
– Mark Raynes Roberts

“At dawn, a scattering of the male odour of tobacco and alcohol and galvanizes the determined troops.”
– Alexandra Bachand

“Molson wrote his mother describing the wound:“I was very, very fortunate in my wound. A rifle bullet passing in about the middle of one cheek and out the middle of the other, fracturing the lower jaw on both sides, and splintering the bone a bit on the exit side, cutting my tongue somewhat, but not touching my teeth at all.”
– Alexander Reford 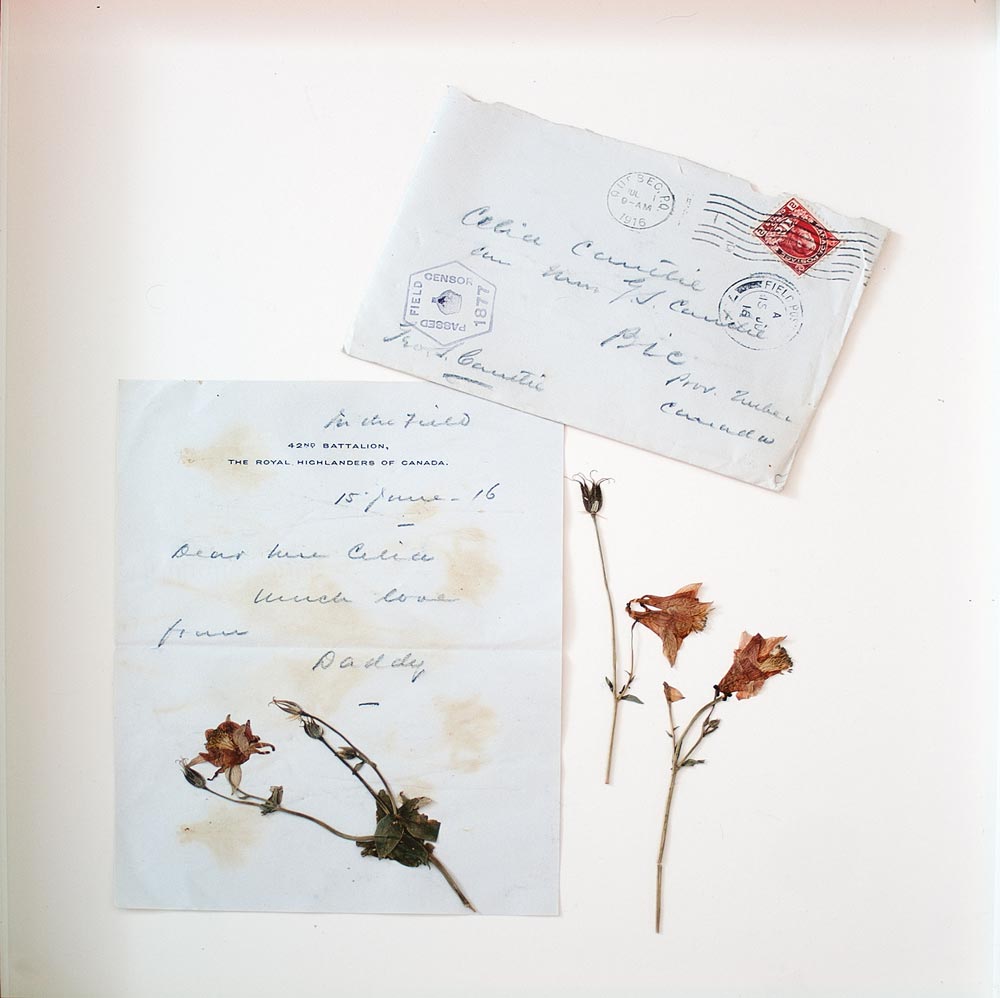