I believe that a mother’s love has no limits.

Julia Drummond’s patriotic maternalism symbolizes the commitment of Canadian women to help those in need during wartime. Mothers were torn between encouraging their sons to go to war – and the possibility of their never coming home.

Julia Drummond cared deeply for the plight of Canadian soldiers and established the Maple Leaf Club in London to be a gathering place during their battlefield leave. She created the Canadian Red Cross’ Information Bureau so that families could know the fate of their loved ones recuperating in overseas hospitals. Her son Guy was killed in 1915 at the Second Battle of Ypres.

In wartime, people do remarkable things. Few Canadians showed more commitment to the war effort than Julia Drummond. She had been a leader of social causes in Montreal and Canada for more than a decade when the war began. She was a committed campaigner to improve the society in which she lived. She had made the Montreal branch of the National Council of Women a powerful promoter of social change to improve the status of women.

Tragedy struck when her son Guy was killed at Langemark in Belgium at the Second Battle of Ypres in April, 1915. He was 27 years old. He died trying to rally French colonial troops fleeing a strange green vapour, the first mustard gas attack of the war. They flooded the trenches occupied by Canadian soldiers under his command. Drummond tried to calm them in his near perfect French. Guy Drummond was described by a family friend as having everything, “charm, seductive looks, the gift for easy talk that presaged a great orator.” He was married just months before the outbreak of war but would not live to see the birth of his only child. His death contributed to a debate that raged in Quebec throughout the war over the use of French in the Canadian military. Drummond was fluently bilingual and had perfected his French by studying at the Sorbonne in Paris. The tragic circumstances of his death showcased how few officers in the Canadian army could command their troops in both English and French.

Montreal society would have pardoned Julia Drummond if the death of her cherished son led her to withdraw from her causes and retreat into the privacy of mourning. Instead it seemed to drive her to do more and extend her philanthropy and organizational skills to serve as many Canadian soldiers as possible. She almost singlehandedly created the Maple Leaf Club for Canadian servicemen in England and worked tirelessly for the Canadian Red Cross to improve the lot of soldiers away from home. Wartime portraits show Julia Drummond to be weary and drawn. No wonder, because her inexhaustible energy was entirely devoted to the service of others.

Guy Drummond was memorialized by artist R. Tait McKenzie in a bronze statuette that is in the collection of the Canadian War Museum in Ottawa. In Montreal, a school took his name. Julia Drummond has been written about extensively as a key figure in Canadian women’s history and in articles about the Canadian Red Cross and the Maple Leaf Club during World War 1.

“Every soldier is a son, veiled by the tears of his mother, and held in her arms of daisies and eternal love.”
– Mark Raynes Roberts

“A smell of tenderness, warm and vanilla, unconditional and deep. Honey and white flower notes, the perfume of a lifetime.”
– Alexandra Bachand 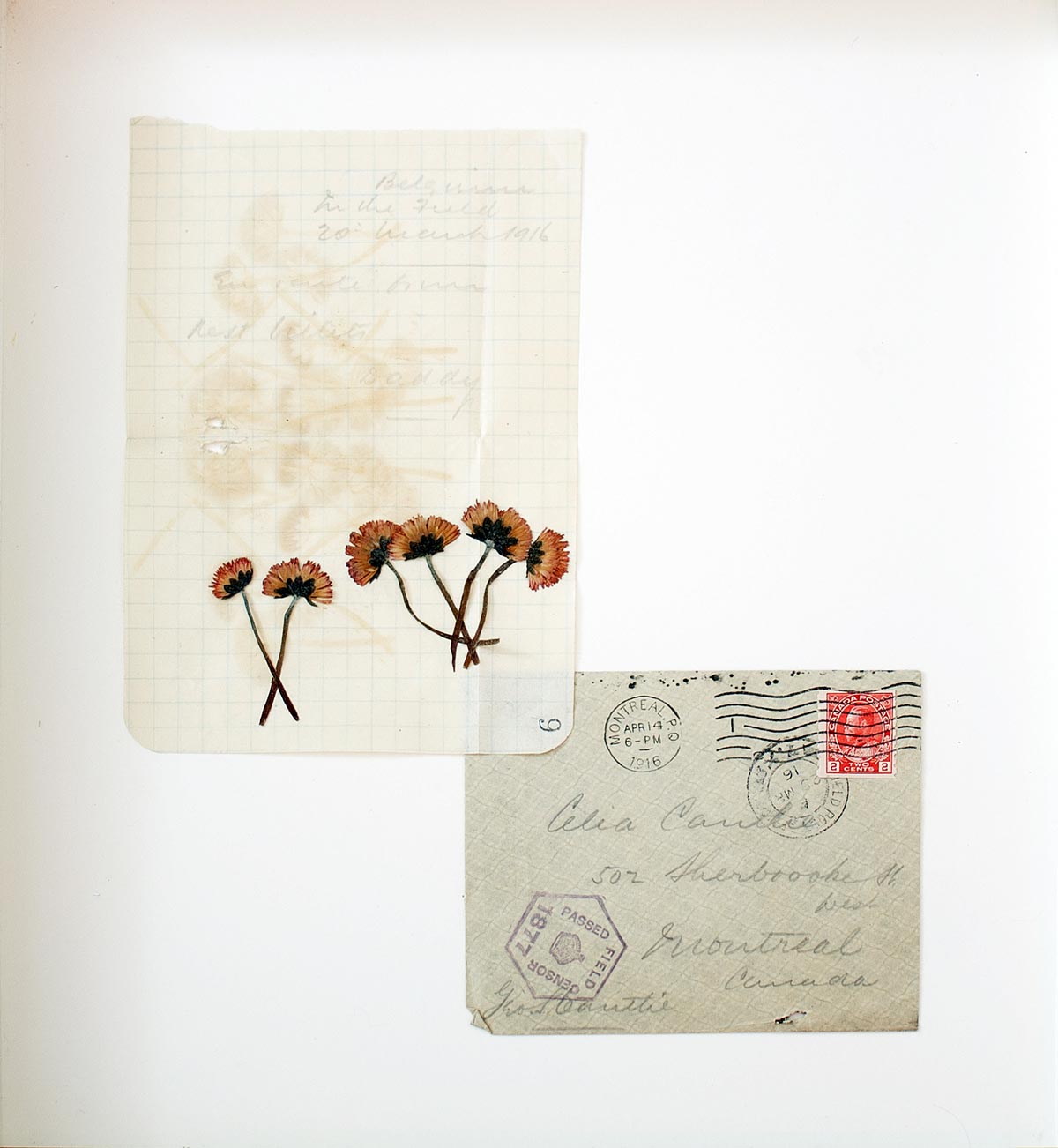