With the passage of time and without care, I believe we are doomed to forget.

Elsie Reford made a study of remembrance; shortly after hostilities ended, she embarked on a pilgrimage to the battlefields of France and through the battered towns of Belgium. This was her way of honouring the memory of the men she had known who did not return. Her son Bruce was wounded, but among the fortunate who survived.

Elsie tended memory, much as she tended to her garden. She kept her wartime correspondence her entire life, a keepsake of a lost world.

Elsie Reford was one of the leading women of her generation. In the early 1900s she committed her organizational skills and wealth to improving Montreal’s hospitals and playgrounds. With Julia Drummond, she founded the Women’s Canadian Club of Montreal in 1907 to provide women with an opportunity to participate in the political and public debates of the era and to bring together Montreal women, divided by language, geography, politics and religion.

Elsie Reford spent much of the war in England. She wanted to be near to her eldest son Bruce, who left university at the outbreak of the war and joined the British Army. He was wounded in action but survived. He enjoyed military life so much that he remained a soldier and remained in service until 1946. While in London during the war, Elsie Reford volunteered with the Canadian Red Cross and at the War Office, putting her knowledge of German to work to translate documents into English for the General Staff. Deeply affected by the war and her observations of Great Britain under siege, on her return to Canada in 1916 she gave speeches to the Women’s Canadian Club in Montreal and Ottawa. On each occasion she highlighted the extraordinary sacrifices being made by the British people and called on Canadians to enlist – stepping headlong into the public debate that waged for the next two years over whether conscription was necessary or appropriate.

The First World War was a family affair. Her husband’s shipping agency, the Robert Reford Company, moved troops, horses, munitions and supplies from the port of Montreal to the United Kingdom and to the Imperial Russian Army. Her cousin George Stephen Cantlie was the commanding officer of the Black Watch of Montreal. Her brother, Frank Meighen, was a key figure in recruiting men to join the war effort as the commanding officer of the Royal Montreal Regiment. Her brother-in-law, Dr. Lewis Reford, was the surgeon who amputated Georges Vanier’s leg at the No. 3 Canadian General Hospital (McGill). Another brother-in-law, William Hew Clark-Kennedy, was one of 71 Canadians to be awarded the Victoria Cross for bravery in the war. Her cousin Arthur Meighen was the architect of the 1917 Military Service Act that brought conscription into effect for men between the ages of 20 and 45.

After the conclusion of the war, Elsie Reford continued to be active in politics and social causes. In the 1920s, she turned her interest to gardening, beginning the transformation of her fishing camp on the Metis River into a private paradise to exhibit her unique collection of horticultural treasures. She died in her 95th year in 1967.

“An Edwardian couple visit their son’s grave after the war, and as time passes his memory fades into the past, as the forget-me-nots wind around the silhouettes.”
– Mark Raynes Roberts

“Nightfall awakens the memory from the past and sublimates the perfume of the lily. A refuge of time that is being written.”
– Alexandra Bachand

“Elsie Reford was one of the leading women of her generation. In the early 1900s she committed her organizational skills and wealth to improving Montreal’s hospitals and playgrounds. With Julia Drummond, she founded the Women’s Canadian Club of Montreal in 1907 to provide women with an opportunity to participate in the political and public debates of the era and to bring together Montreal women, divided by language, geography, politics and religion.”
– Alexander Reford 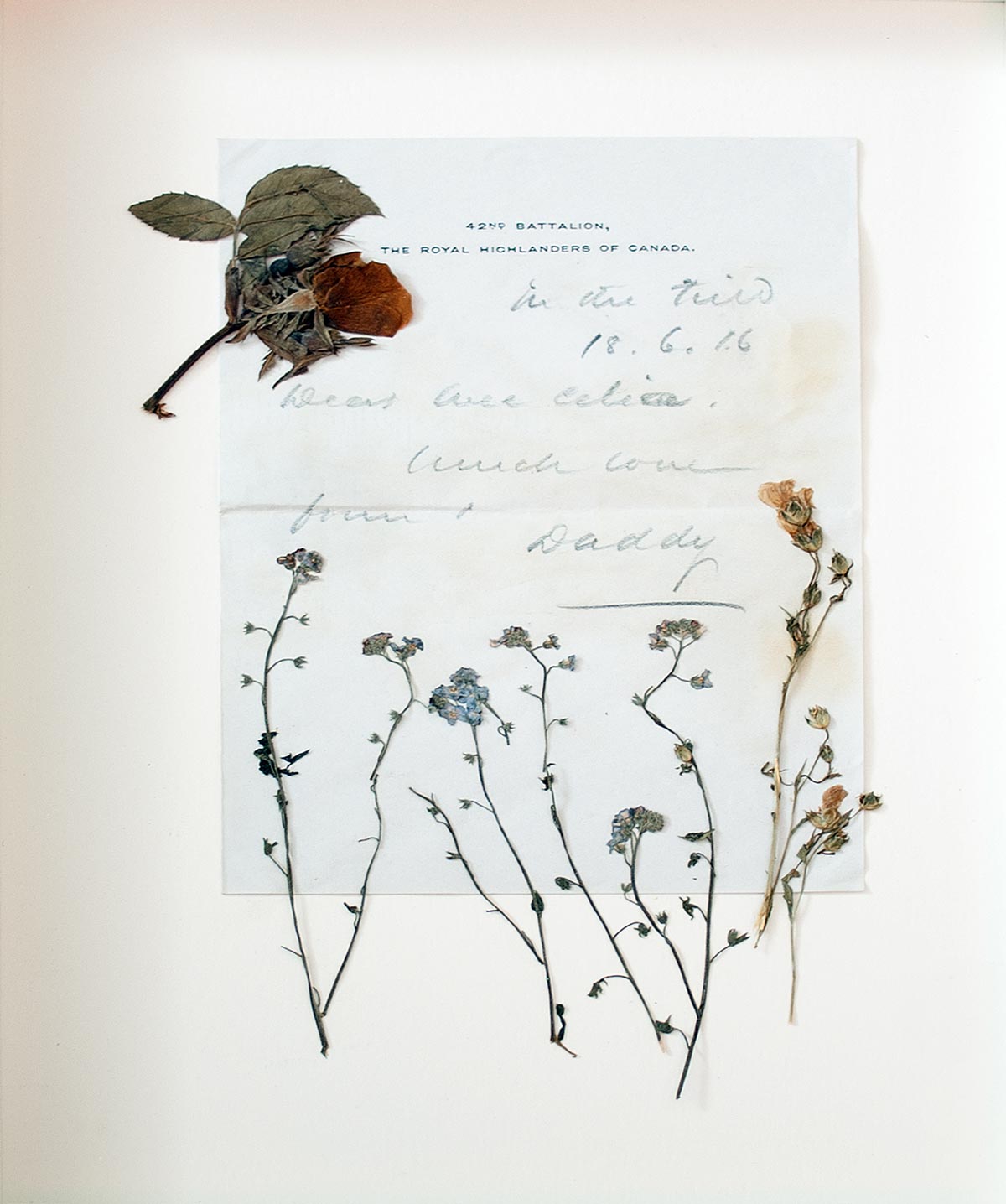