I believe innocence is the first victim of war.

When soldiers crossed the Atlantic, they carried innocence with them. It did not make the return voyage. More than 68,000 Canadians died from wounds suffered in combat or from disease. Their lives were cut short, often in the flower of their youth.

Jean Brillant was one of two French-Canadian combatants in the First World War to be awarded the highest medal for valour. He was awarded the Victoria Cross for showing “absolute fearlessness” – for an act of gallantry that cost him his life.

Jean Brillant’s epitaph on the simple headstone in the Villers-Bretonneux Australian Military Cemetery in France, reads “Son of Joseph Brillant, volunteered at Rimouski, Province of Quebec, Fell gloriously on the soil of his ancestors”.

Brillant gave his life for his patrie, for Quebec and for France. When the Governor General of Canada presented the posthumous Victoria Cross bestowed on Jean Brillant to his grieving father Joseph Brillant in Rimouski in December 1918, it was by all accounts a moving event. A large crowd of elected officials, clergy, servicemen and citizens assembled in the great hall of the Séminaire de Rimouski to see the Duke of Devonshire give his father the medal and read a message from King George V. Jean Brillant’s extraordinary bravery had earned him the highest medal for valour offered to soldiers fighting under the British Crown – it had also cost him his life. Brillant had died just four months earlier.

Jean Brillant had come from humble beginnings. His father was a railway maintenance worker. When he enlisted, his occupation was listed as “telegraph operator”. His brother, Jules Brillant, had not yet launched the career that would take him to the heights of the Quebec business and political elite.

Brillant displayed his bravery on several occasions. At the battle of Amiens on August 8, 1918, he singlehandedly captured a machine gun emplacement. The following day he led his platoon to take 15 machine guns and 150 prisoners. Although wounded in the head, he led a final charge to silence a field gun. Jean Brillant’s exploits became legendary. Along with another Victoria Cross winner from the region, Joseph Keable (from Saint-Moïse), he was the most celebrated of Quebec’s soldiers of the Great War. Streets and parks took his name in Valcartier, Ste-Foy, Montreal and Rimouski.

“On the shoreline of the St. Lawrence River, sheets wave in the wind. The smell of fresh laundry greets the scent of freshly cut grass.”
– Alexandra Bachand

“Jean Brillant’s extraordinary bravery had earned him the highest medal for valour offered to soldiers fighting under the British Crown – it had also cost him his life. Brillant had died just four months earlier.”
– Alexander Reford 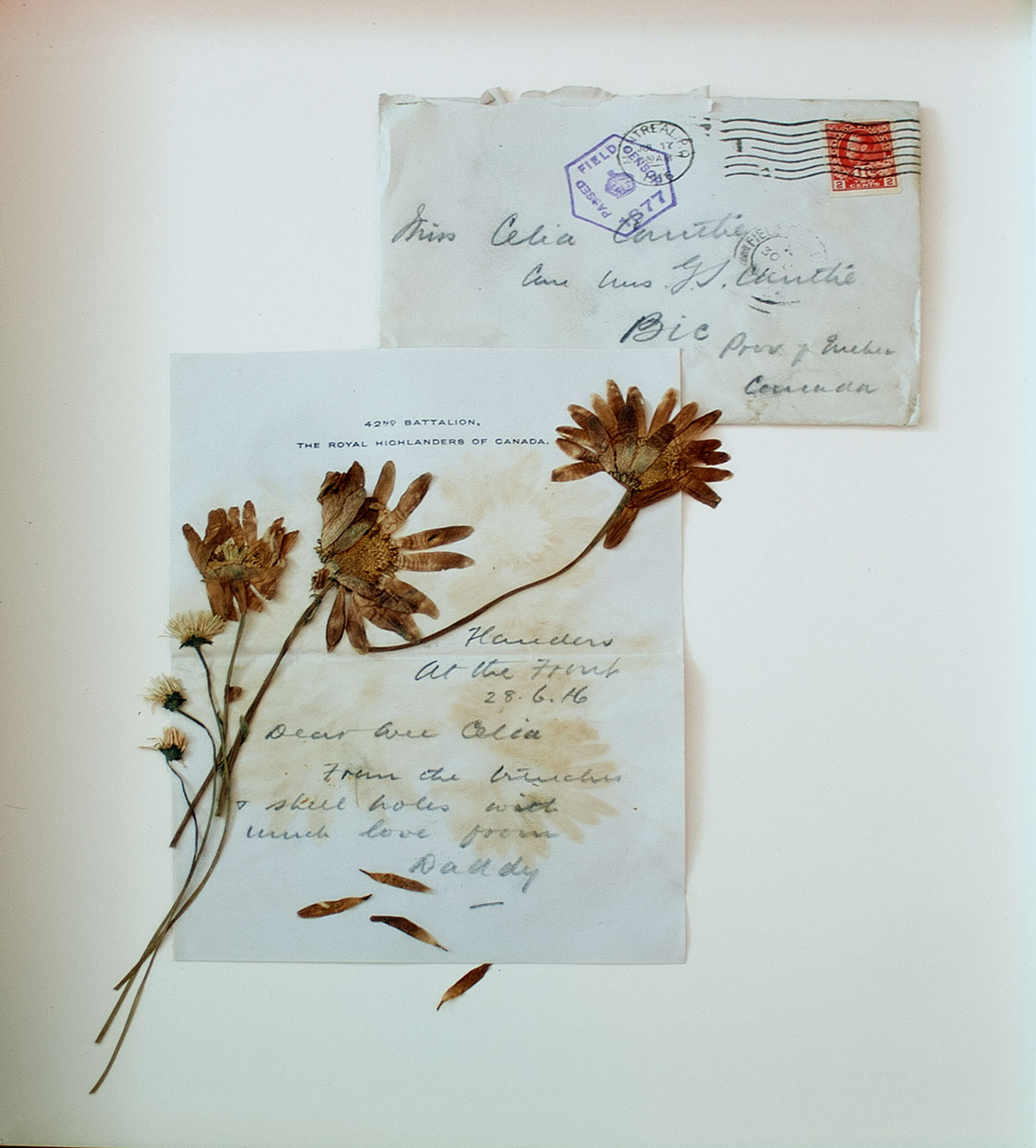