I believe that to heal, we must accept our wounds.

Georges Vanier was one of Canada’s most celebrated warriors. He was a founding member of the 22nd (French-Canadian) Infantry Battalion, one of the battalions established for French-speaking soldiers, known in English Canada as the “Van Doos.”

Vanier lost his right leg to amputation in 1918 after being hit by a shell. He lived with his wounds. In a lifetime dedicated to the service of Canada in the military, as a diplomat and finally as governor general, his infirmity appeared to become his strength.

Georges Vanier ended his life in the highest office in the land – as Canada’s Governor General. He was a young lawyer when the First World War was declared in 1914, with a freshly minted degree from the Université Laval. He enlisted as an officer and helped to organize the 22nd (French-Canadian) Infantry Battalion, the regiment established for French-speaking soldiers.

Vanier was twice decorated with the Military Cross and earned the DSO (Distinguished Service Order) for bravery. After the failure of the spring German offensive in August 1918, the Allies mounted a counteroffensive. Vanier was with the Canadian Corps that contributed to the victories east of Amiens in France. But his battalion was decimated during the capture of Chérisy. He took command when the regiment’s commanding officer was wounded on the first day of the attack, but was himself wounded the following day, shot in the chest and both legs. His right leg was later amputated. Vanier remained in France to recuperate, refusing to be removed to Great Britain while his men were still in battle. His August 1914 diary, one of thousands of such diaries kept by Canadian soldiers during the war, offers a unique insight into the exhaustion and excessive heat that afflicted Vanier during his convalescence from his wartime wounds and the camaraderie that kept his spirits high.

The First World War shaped his life. Vanier came to personify the participation of Quebec in the war. With his bravery and leadership, he was marked for success. Vanier had both a military and a diplomatic career, serving as both a major-general and an ambassador. He was the first French-Canadian appointed to a number of positions, including Canada’s first Ambassador to France. Vanier was also known for his extraordinary commitment to his faith and family, building a chapel at Rideau Hall so that he could worship daily.

He was Governor General at the start of Canada’s centennial celebrations but did not live to see their end, dying in office in March, 1967.

Vanier’s wartime letters are published in Georges Vanier: Soldier. The Wartime Letters and Diaries: 1915-1919 (2000). He is the subject of a biography by his son, Jean Vanier, In Weakness, Strength, The Spiritual Sources of Georges P. Vanier (1975) and Mary Frances Coady, Georges and Pauline Vanier: Portrait of a Couple (2011). A 1960 National Film Board documentary, Georges P. Vanier: Soldier, Diplomat, Governor General offers a brief portrait of Vanier’s life and interviews on his wartime experiences.

“The shattered soldier – his mind and body, tormented forever in the aftermath of war.”
– Mark Raynes Roberts

“In a military hospital, odours of camphor and antiseptic float in the air and give way to healing of the body and the mind.”
– Alexandra Bachand

“Georges Vanier ended his life in the highest office in the land – as Canada’s Governor General. He was a young lawyer when the First World War was declared in 1914, with a freshly minted degree from the Université Laval. He enlisted as an officer and helped to organize the 22nd (French-Canadian) Infantry Battalion, the regiment established for French-speaking soldiers.”
– Alexander Reford 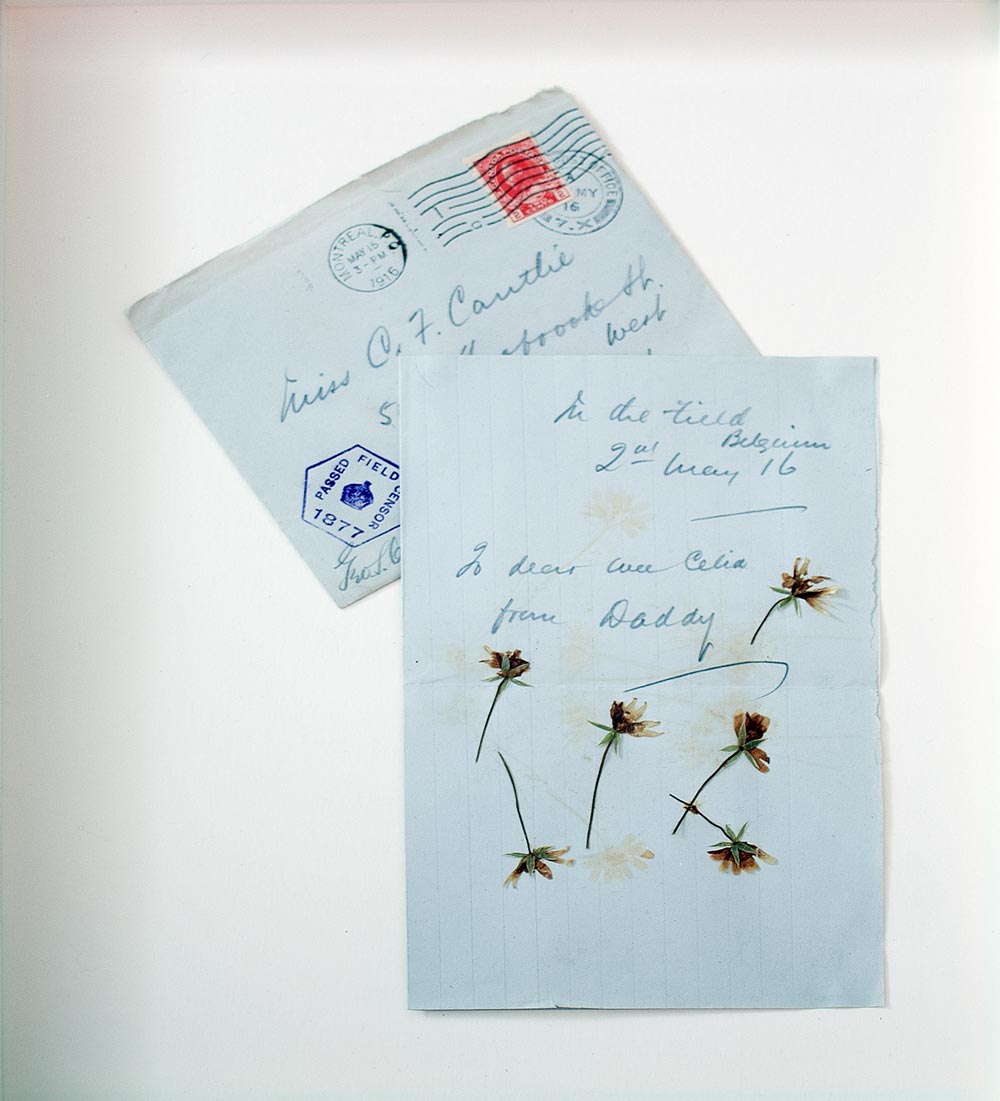