I believe that grace is to honour, and give credit, by one’s presence.

Many thought of Talbot Papineau as a future prime minister. He received the Military Cross for his actions at Saint-Éloi in 1915, and then became a staff officer. In 1917, he left the security of this position to return to command a company of his regiment. Papineau was from one of Quebec’s best-known families. Yet the battlefield granted no immunity. “You know Hughie, this is suicide,” he uttered to a fellow officer moments before he was killed by a shell. He was one of 4,000 Canadian soldiers who died during the Battle of Passchendaele.

Talbot Papineau is one of the best-known of Canada’s combatants in World War I and one of its most famous victims. He was the son of a Quebec father and an American mother. He grew up on the Papineau family’s vast estate at Montebello on the Ottawa River. He was the great grandson of Louis-Joseph Papineau, a major figure in Quebec political history whose leadership of the 1837 Rebellion led to his exile but whose ideas contributed to the extension of responsible government to Canada.

Talbot Papineau was one of the first Rhodes Scholars from Canada. On his return from Oxford University with a degree in law, he was marked for success and for a political career. A talented lawyer, fluently bilingual, well-read and respected, Papineau was thought to be a future prime minister.

During the First World War, Papineau joined the Princess Patricia’s Light Infantry. At the front, he illustrated his bravery in several of the first skirmishes fought by Canadian soldiers in the war. He was appointed to serve in the Canadian War Records Office but returned to his regiment in June, 1917.

Papineau rose to prominence off the battlefield for taking on Le Devoir editorialist Henri Bourassa in a very public dispute over Canada’s involvement in the war. In an open letter published in August 1916, Papineau called on Bourassa to moderate his opposition to Canada’s participation in the war and to accept his position that Canada had no choice but to join the war at the side of Britain. Bourassa dismissed the letter of his “gallant cousin”, arguing that Canada was not bound by “Imperial solidarity”. “German Imperialism, and British Imperialism, French militarism and Russian Tsarism, I hate with equal detestation…and I believe….that Canada, a nation of America, has a nobler Mission to fulfill than to bind herself to the fate of the nations of Europe”.

The debate played out in 1916 on the pages of newspapers in Quebec, Canada and the United Kingdom with papers on both sides of the Atlantic taking sides. The English-language press dubbed the “soldier and patriot Papineau” the victor in this battle. But Papineau did not enjoy the honours for very long. He was killed by a shell leading his troops in a morning attack at Passchendaele on October 30, 1917.

Talbot Papineau is the subject of a short biography by Sandra Gwyn in the Dictionary of Canadian Biography and the key figure in her book Tapestry of War, A Private View of Canadians in the Great War (2004).

“Men in their thousands marched to war, a world war no one could have imagined, the rose a reminder that life and beauty do prevail.”
– Mark Raynes Roberts

“While the sun is rising in the sky, a proud and enchanting rose leaves a strong fragrance of patriotism.”
– Alexandra Bachand

“Papineau rose to prominence off the battlefield for taking on Le Devoir editorialist Henri Bourassa in a very public dispute over Canada’s involvement in the war. In an open letter published in August 1916, Papineau called on Bourassa to moderate his opposition to Canada’s participation in the war and to accept his position that Canada had no choice but to join the war at the side of Britain.”
– Alexander Reford 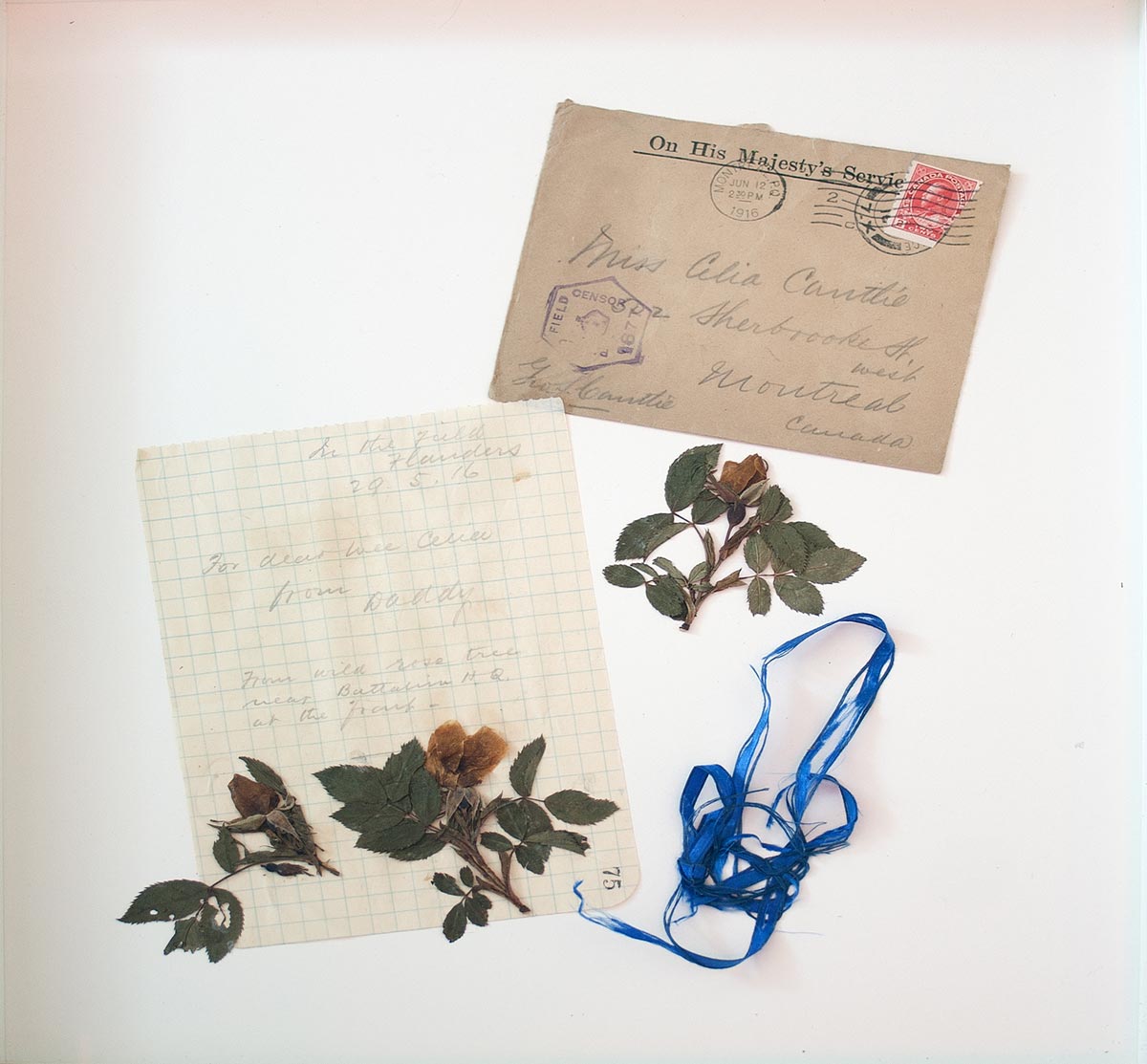