I believe love inspires loyalty and the pursuit of a common cause.

Edward Savage was devoted to his wife Marion. He was just as dedicated to the war effort. By sheer force of personality he recruited men to join him in the cause. At Vimy Ridge, his regiment triumphed. “I am writing to you after the great battle,” he wrote his wife in April of 1917. Edward and Marion were re-united and danced together one last time in Montreal in 1919. He survived every battle but his last. In March 1920, he became one of the 50 million victims of the Spanish Influenza pandemic. Marion never re-married. She died in 1975. Her tombstone reads simply, “together at last.”

Ted Savage was one of the many older men who went to war. Married with two young children when he enlisted, Savage was a chartered accountant in Montreal. He could have sat out the war. Instead, Savage helped to recruit younger men to join the war effort.

Savage was tall and blue-eyed, slightly over six feet in height with a square jaw and an athletic build. A former Olympian, he had participated in the 110 metre hurdles in the 1908 Olympics in London.

Joining the Canadian Field Artillery in December, 1914, Edward Savage went overseas with the Canadian Expeditionary Force in 1916 – he was 29 years old. During the First World War, the expertise of artillery officers was crucial as was their ability to deploy ever more powerful guns with increasing accuracy. The success of Canadian troops at the Battle of Vimy Ridge in April, 1917 was in large measure because of implementing the creeping barrage, where troops would advance with precision, their attack timed to follow the artillery barrage than had immobilized enemy forces.

At war’s end, Savage returned on the RMS Olympic to Canada in January, 1919. He barely had time to become reacquainted with his family and the city he had left several years earlier. He died in March, 1920, one of the many victims of the Spanish Influenza pandemic that spread around the world from 1918 to 1919. Exhausted by war and weakened by years of rations and malnutrition, the epidemic spread quickly, particularly afflicting those between 20 and 45 who were the most frequent victims of the disease. The Spanish Flu infected as many as 500 million people. It killed a reported 20 million people and as many as 50,000 Canadians.

Widowed in 1920, Marion Savage outlived her husband by almost 55 years. She died in January, 1975. Her tombstone in the Mount Royal Cemetery reads “together at last”.

“The maple leafs float to the ground, symbol of the Canadian live lost at war, while skylarks take to the sky above in hope.”
– Mark Raynes Roberts

“Ted Savage was one of the many older men who went to war. Married with two young children when he enlisted, Savage was a chartered accountant in Montreal. He could have sat out the war. Instead, Savage helped to recruit younger men to join the war effort.”
– Alexander Reford 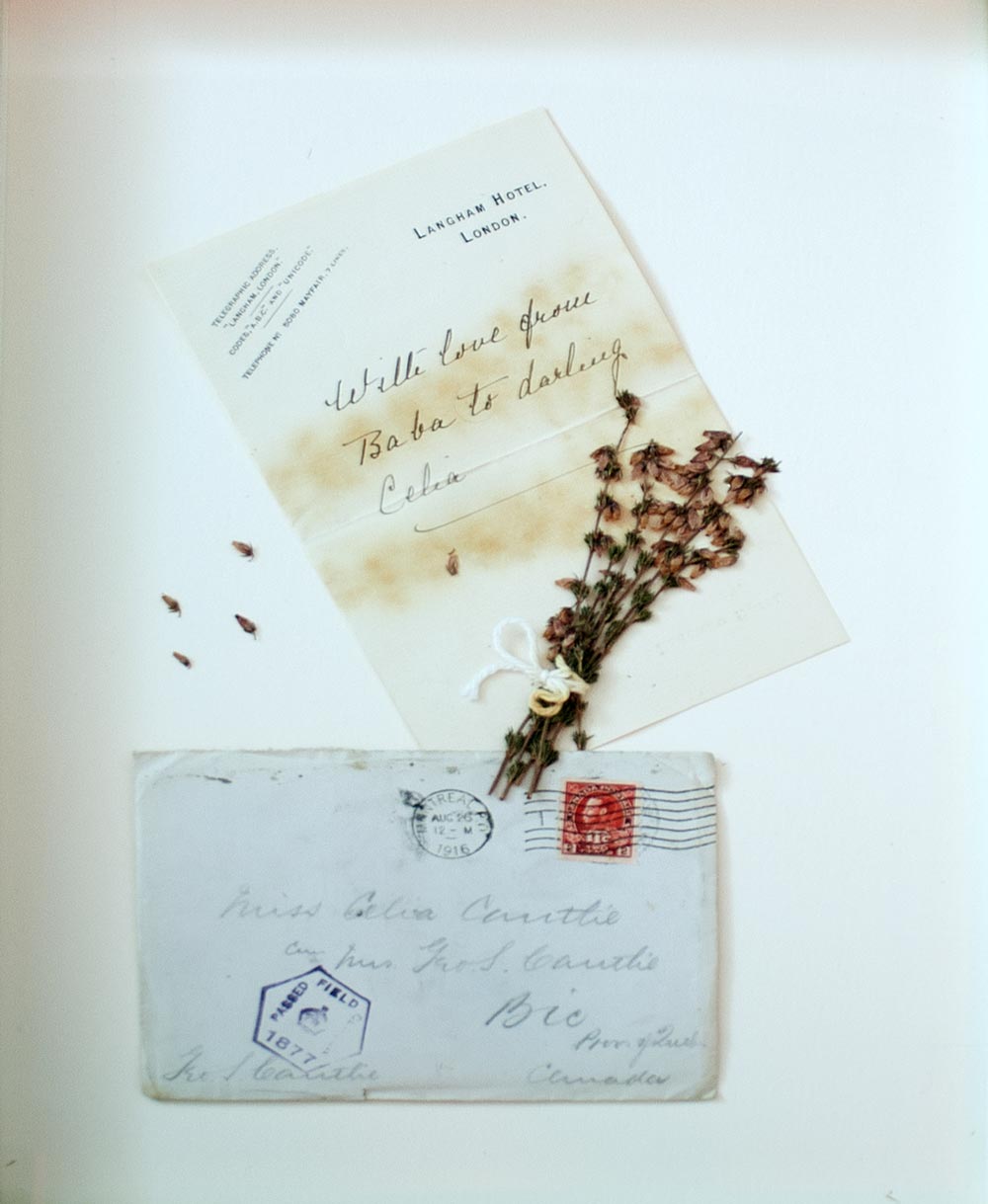